Starting with Windows Vista, Microsoft changed the Windows Boot Manager, thereby changing the way we debug the Windows Kernel. Now, there is a new tool called bcdedit.exe which can be used to modify the boot configuration of a Windows installation.

The goal is to set up kernel debugging via virtual serial port, on a Windows 8 guest VM running on a Windows 8 host via the built in Hyper-V that comes with Windows 8. The pipe name will be “debug” in this example. The first step is to enable the COM port of the guest VM in the VM’s settings: 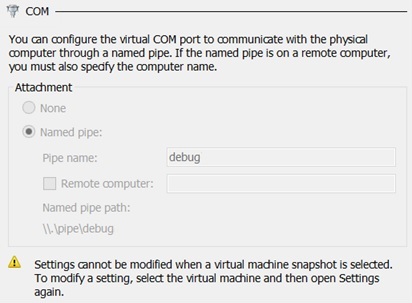 Next, enable kernel debugging on the guest VM by running the following commands from an elevated command prompt on the guest:

To use the old Windbg method: 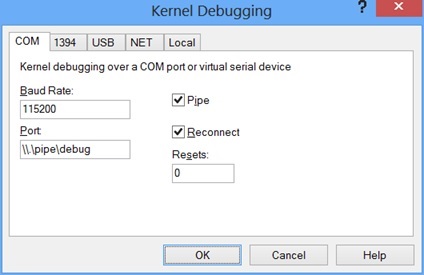