On Windows, the LFH (Low Fragmentation Heap) is commonly used to dynamically allocate small chunks of memory (<16KB in size). Many programs use the LFH as it is intended for high performance allocation/free of small objects, even in a multithreaded environment. Debugging memory corruptions on the heap can often be complex, but the following Windbg tricks may help:

This command is extremely useful when tracking down Use-After-Free vulnerabilities in applications. When run on a memory address, there are 2 relevant scenarios:

1) The memory address is inside a current allocation- Windbg displays the call stack that led to the allocation. 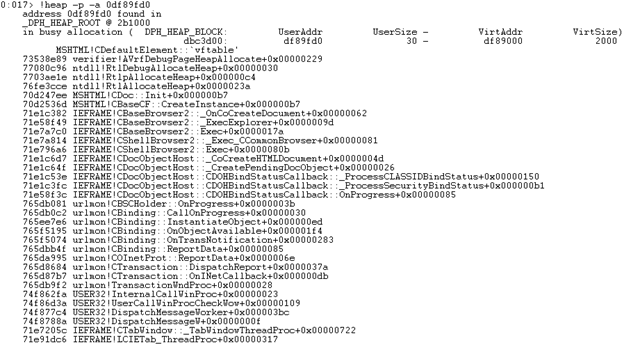 2) The memory address is inside an allocation that was freed- Windbg displays the call stack that led to the free.

Using this command requires the page heap to be enabled. Page heap can be enabled per application using the gflags.exe utility that is distributed in the Windbg package. 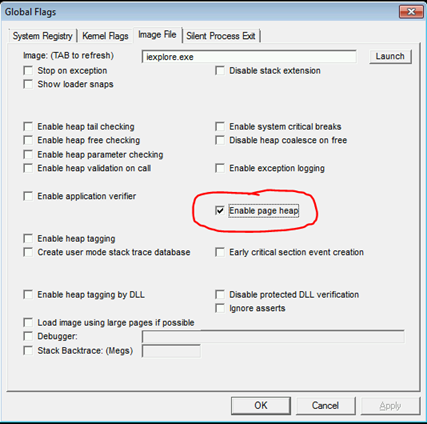